From How to be a Hero
This is the latest revision of this page; it has no approved revision.
Jump to navigation Jump to search

the future: the earth is fucked up. seriously.   nostradamus was right in thinking: "in the future, life will be ten times harder. so you could as well stay in all day and watch tv.  " eventually people stopped being nice. the serious side of live has finally taken control.  earth government banned fun, parties, music. even the tv program isn’t any fun at all.   for musicians, artists, comedians and all kind of jugglers, it’s a tough time. being very bad in serious behavior, most funny people left the earth already – and the situation became even more awkward.    the highest fun-entity out there in space, the intergalactic humour association, IHA, declared the state of emergency for the earth: after failing to fight the serious side of live on earth with the most funny comedian-taskforce throughout the universe, the so called sketchforce one, they retreated – the earth was given up to it’s destiny, and became the most unfunny place in the cosmos.   for a bunch of cashless artists, it’s going to be the last chance to leave.  skilled or not, they decided to form the worlds most awesome band/group (which isn’t a big deal, to be honest) and flee this serious hellhole called earth.   piling up all their change, it’s just enough to rent the shittiest space van one can imagine, down at automatrons second hand cars - well known, for the sloppiest vehicles within the solar system.   none of them ever travelled outer space, so they started right into the adventure – with almost nothing but a flyer of the “andromedas greatest talents”-show, taking place upon betelgeuze, about 700 lightyears away, in just a few weeks.    so ... what can possibly go wrong?

as some noobs may be overwhelmed by choosing skills, the space talents character sheet offers fixed skilltrees - and besides a unique "talent" to be chosen by the players. 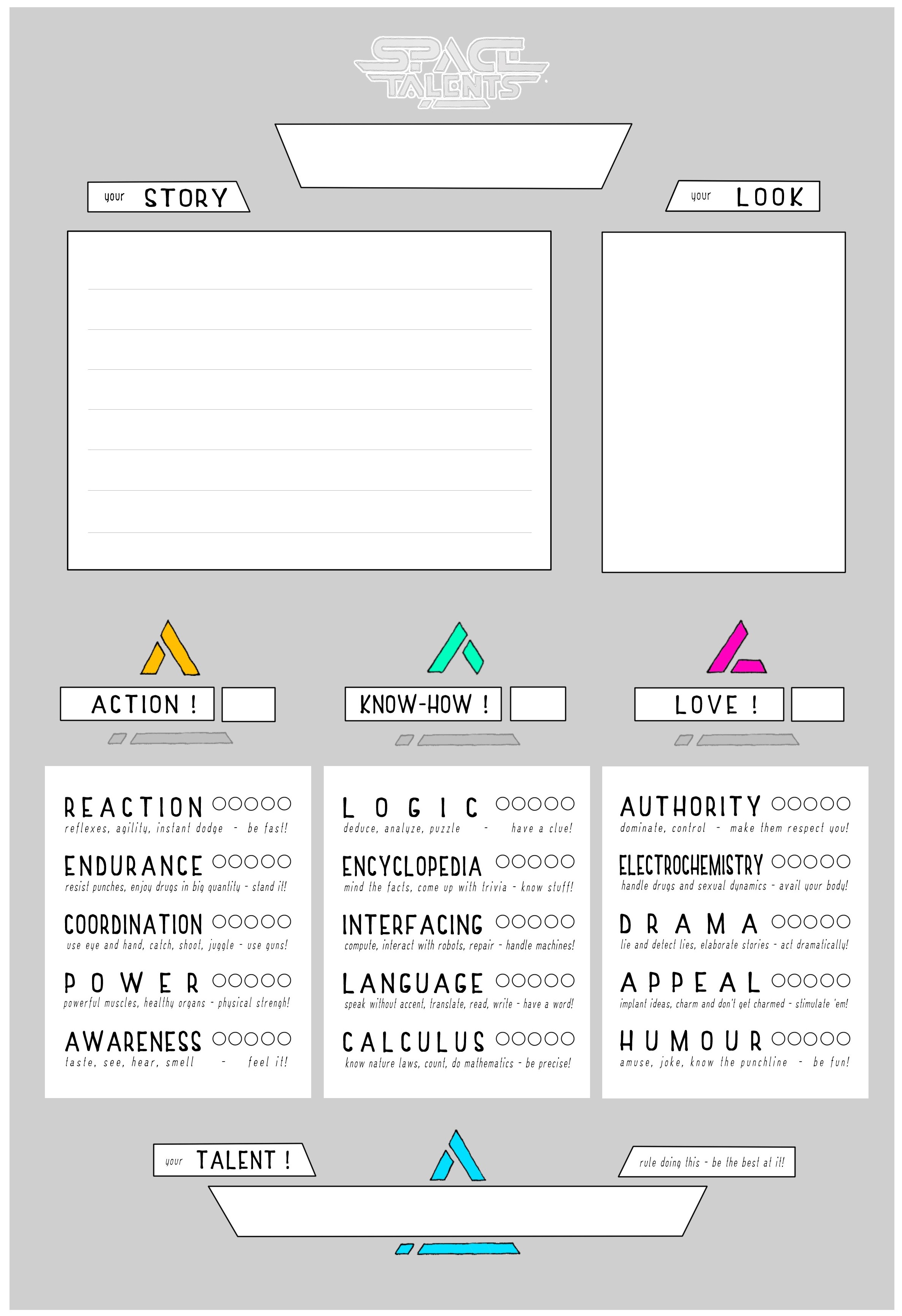 this guide shows how to create a character for the space talents adventure:

Retrieved from "https://howtobeahero.de/index.php?title=Space_Talents&oldid=20201"
Category:
Cookies help us deliver our services. By using our services, you agree to our use of cookies.